The Airblock first appeared in 2016 on Kickstarter, pitched by Makeblock, the brains behind mBot and other cool robotics and STEM products. This clever innovation uses modules to create a six-axis drone or hovercraft, plus a handful of other weird and wonderful configurations. The Airblock has just landed (pun intended) at Jaycar Electronics, so we put one through its paces.

Note: Jaycar has since discontinued this model, but may still have stock at some of its stores and resellers. The Airblock is also available from other retailers, including Core-Electronics and Australian Geographic

The packaging is very classy; solid construction, carry handle and a lid that magnetically closes. Inside, you’re presented with a moulded cardboard insert securely holding six power modules (motors with rotors), and a master controller module, all hex in shape, 75mm wide and made from durable but light EPP foam. Within the box there is another moulded cardboard insert holding the hovercraft base, battery, charger, USB cable and protective covers for the power modules. There is also a colour user guide, a bag of spare rotor blades, and three sets of stickers for the fuselage, power modules and hovercraft. Cool!

The hex-shaped control module sports an ultrasonic sensor, barometer, gyroscope, Bluetooth module, and microcontroller chip, with a battery compartment underneath. Up to six power modules (all supplied) can be connected to the control module via the electrical connections on each side. These modules have powerful coreless motors and plastic rotor blades and there is a protective cover for each side to stop mischievous fingers from being hurt. A 7.4VDC 700mAh Li-Po battery is included, along with a charger that plugs into any USB port, to provide the power for up to six minutes of full flight.

Assembly is truly child’s play. Our six-year-old helper assembled the hovercraft within minutes, just by looking at the photo on the box! Each module has a strong polarised magnet that fixes it firmly in its correct place on the master control module – genius!

A tablet or smartphone is required to control the Airblock. The free 'Makeblock’ app can be downloaded and suits all of the products in the Makeblock range. Once you choose Airblock you’re asked if you want to Play or Create. The Play option asks if you’re running in Air, Land or Water mode and provides a controller interface accordingly. The Create option enables you to customise and save your own controller interface depending on the mode selected. Pairing via Bluetooth is very easy also - it doesn’t even require a pin code.

The fun part! At a touch of button, we had the hovercraft whizzing (quite fast!) across the tiled floor. Initially, the loud noise generated by the motors and spinning blades surprised us, especially Master Six who jumped a little in fright! It’s quite surprising how much noise those tiny motors create, but you do get the impression of their mighty power. It handled the bumps into the walls and chairs with ease, and kept on going. Within no time we had a crowd fighting over who was going to control it next. Each of them were able to take control without instructions.

Before long, the thrill of operating the hovercraft soon turned to anticipation to build and fly the drone. Building the drone was quick and easy - just be sure to install the rotors in the right direction!

Choosing Air Mode in the app presents an interface similar to a handheld RC remote. Rise, descend, forward, backward, left, right. There are also three pre-programmed effects (roll, shake and circle) and a take-off/land button, which takes the complexity out of taking off and landing.

We found the Drone mode is better suited to teenagers and adults. We spent more time rebuilding the drone than flying it when the six-year-old was at the controls. It did demonstrate its durability though. There was no damage done to the modules, or the walls. Occasionally the rotor blades flew off with hard landings, but they are easy to pop straight back on. This also explains why spare rotor blades are included in the kit.

With an adult at the controls the drone was very nimble in flight. Take-off and landing was easy, and doing stunts at the press of the button was impressive. The rotor protective covers did fall off from time to time, which was annoying. It was easier to fly without them.

CODE IT TO THE NEXT LEVEL

This is where the Airblock really sets itself apart from the everyday drone. The app allows you to go code your own interface using Scratch 2.0 inspired drag-and-drop coding (as taught in many pre-schools now days). Brilliant! Set motor speeds, direction, and create events based on temperature, gyro, battery level, and much more. For those familiar with coding, it performs maths as well as the humble “if, then, else” and “loop” statements. It appears it’s only limited by your imagination. 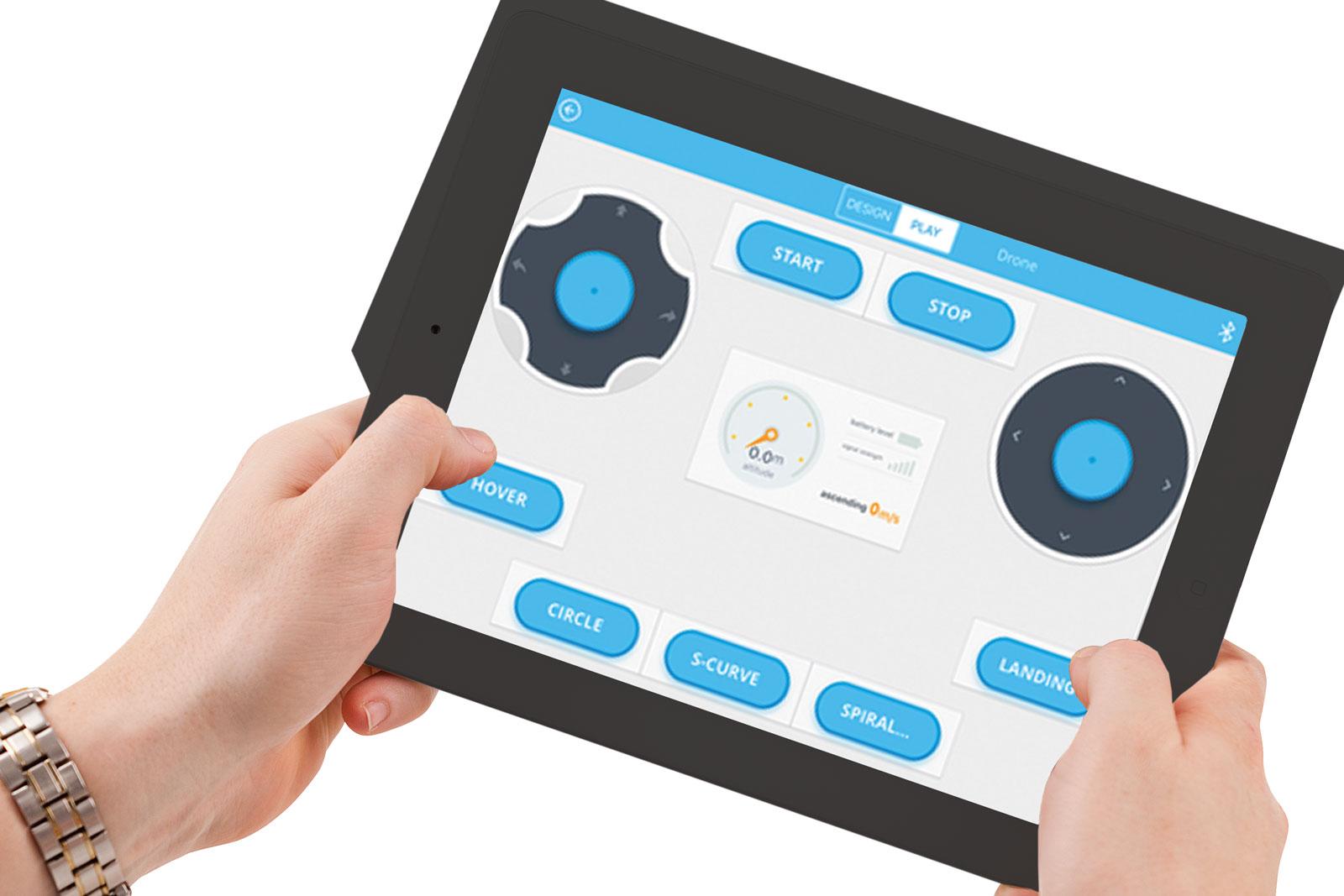 It is expensive if you compare it to a regular quadcopter or drone, but it makes up for it in its versatility and ability to be programmed. With the multiple configurations and being able to be combined with other toys such as LEGO®, there is endless hours of fun to be had (between charges of course). It is noisy, but it is fast, powerful and nimble. Because it’s fun, and more importantly is able to teach kids coding we’re giving the Airblock a big thumbs-up.

Grab it online from Jaycar Electronics

Note: Jaycar has since discontinued this model, but may still have stock at some of its stores and resellers. The Airblock is also available from other retailers, including Core-Electronics and Australian Geographic