One of the key benefits of 3D printing the body and rotor mounts for your drone is the ease of repair.

The reality is, drones occasionally fall from the sky, despite even the most competent piloting and having the best electronics in place. Whether it’s a wind gust, a software malfunction, a hardware problem, or a propeller failure, there are many ways things can go wrong. Fortunately, with a DIY construction build such as this, repairs are a moderately easy task.

If you experience a crash, it’s very likely to be semi-controlled, and the damage to the drone superficial. The motors will usually survive impact, as will the control boards and battery pack. If you’re unfortunate, you may damage one of these systems and require replacement, but the reality is it’s usually going to be one of two things that sustain the most damage: your propellers or your superstructure.

If you have damaged a prop, there’s often not a lot you can do other than replace it. Purchasing spares when you buy your kit of parts is usually a good idea, as the agonising wait for spares to arrive can be frustrating. However, if you’ve damaged the superstructure (that is, the 3D printed parts), it’s an easier fix.

In some of our test flights, the drone would crash down, most often due to calibrations or pilot error. It would usually come away unscathed, but sometimes we found ourselves with a broken (or at least cracked) mount. Whether you’re using carbon or aluminium square tubes, they’re going to be very strong and unlikely to suffer more than a ding. The 3D printed motor/foot bracket tends to be the most likely piece to break. Compared to the aluminium/carbon fibre tubes, they’re very weak. They can also have exceptionally high forces put against them, depending on the angle of collision.

Note: if your central core is what’s damaged, you’ll have to unmount everything and replace it onto the new mount. However, we don’t expect this would occur often, as the motor/foot mounts tend to take the brunt of the forces. However you can still just print a spare!

Fortunately, they’re easily fixed! In case it’s not self-explanatory, here’s a quick way to get it done. Excluding printing time this repair took around 20 minutes (plus waiting for the glue to dry). Ensure your battery is disconnected and power is off. Support the drone in the middle to give you good access to the assembly. Remove the old mount. Using strong side cutters will split the mount up, so you don’t need much force to break the bond with the glue.

If you’re using this “soft destruction” method, be careful not to destroy your struts in the process by going too far.

Clean up the old glue from the struts, and check the fit of your new printed mount (you’ll be thankful you tried it before applying adhesive if it doesn't fit).

Assuming all is okay, get your adhesive ready. We’re doing two at once, since we had two broken mounts. Liberally coat the end of the strut with mixed araldyte, and the inside of the mount. Fit it on and clean up any excess glue that comes out. 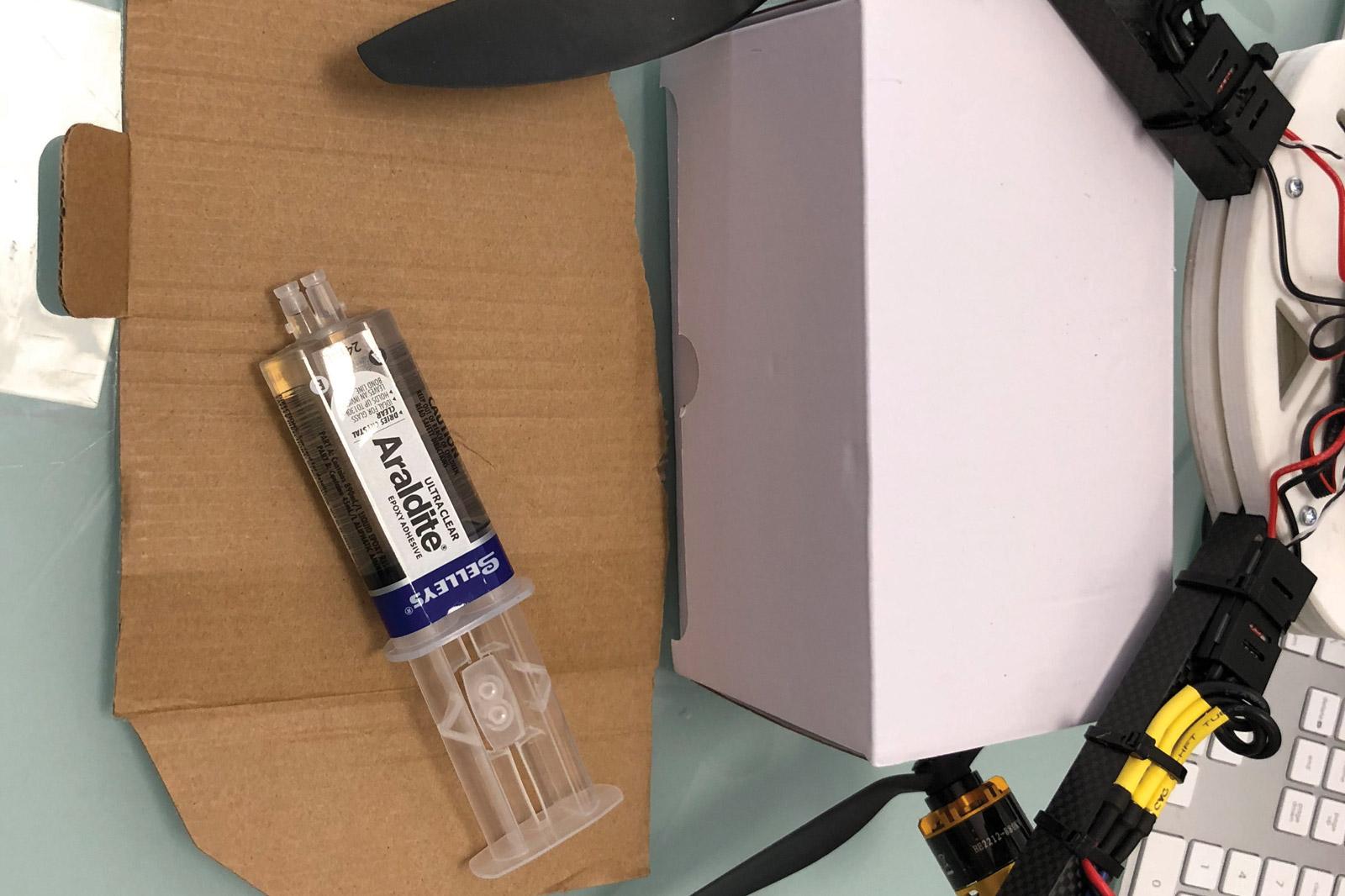 Repeat the process for the vertical strut, and insert it into the underside of the mount. Again, clean up any excess glue. Rest the drone on the flat surface while the glue cures. Ensure everything is sitting correctly before you leave it, especially if there’s movement in the mounts. 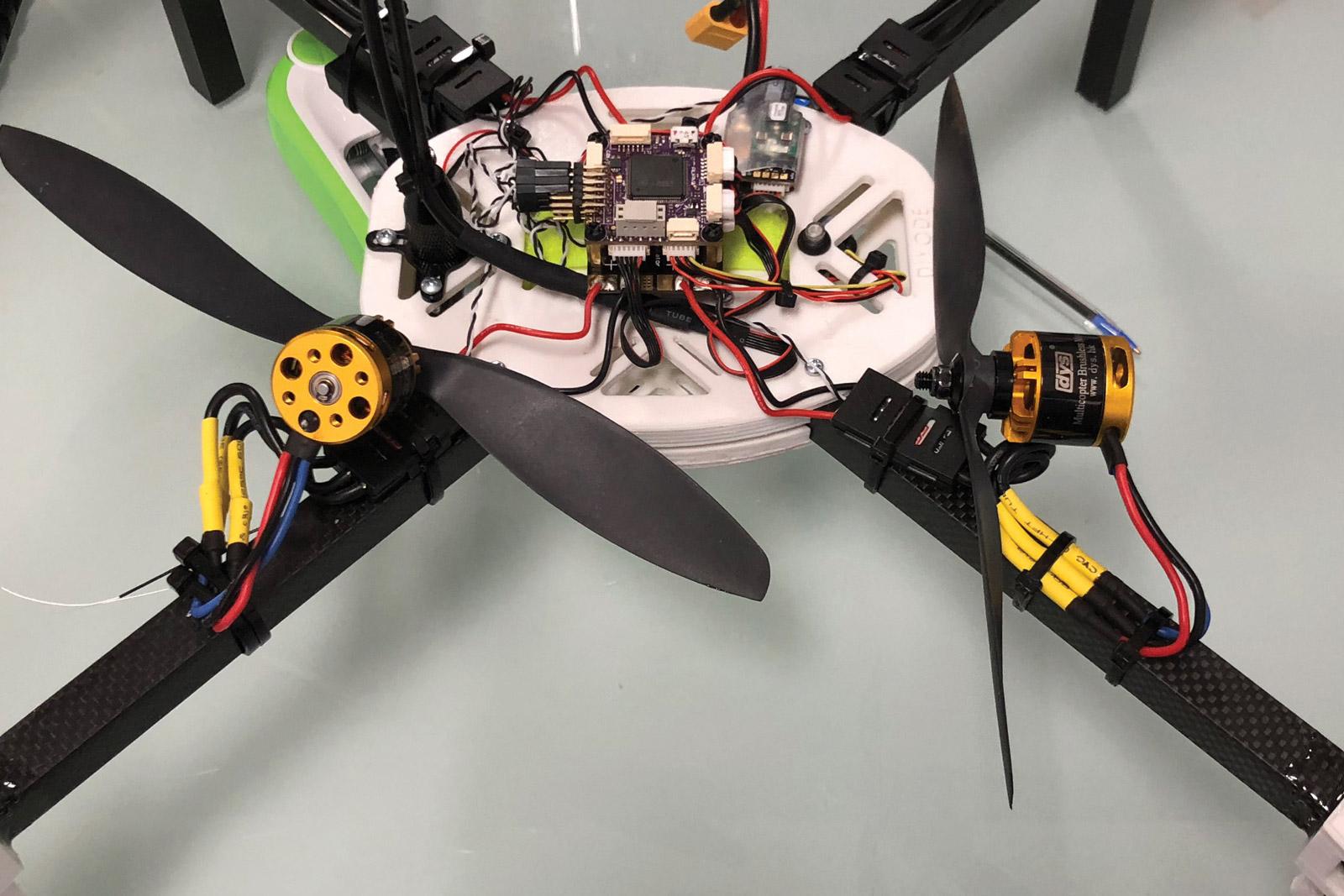 After the glue has cured for the recommended time, screw the motors back into their mounts. Refit any cable ties you removed (if applicable). Your drone should now be ready for test flight again.

Levi on Printing with Pi

“Awesome build. Ended up using the news.py as a starting point and adding weather.gov API...”

“What a great project! So much to experiment with, learn and thousands of choices along...”

“Yes, less chance of letting the smoke out, right? Hope you are well, Andy. ”

“I survived without a bench power supply for many years and didn't know what I was...”